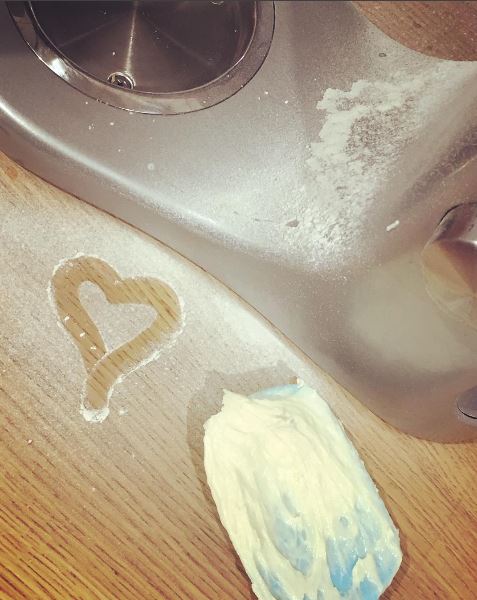 When I bake, I like to imagine I’m somewhere else. Some Parisian or Japanese patisserie. Dancing around the kitchen adding a hint of this and a splash of that, like the Swedish chef from the Muppets

Sometimes my creations are hits! And usually inspired on those sleep deprived late nights when my imagination runs away from me or when I’ve had a bit of Dutch courage to try something a little left of centre.
These are the types of creations that get the weird looks, the oohh’s and ahhh’s the Wow’s and the “what’s your secret?”
My Pistachio and cardamom flavour is just one of those examples that tread the fine line between crazy and brilliant.

But of course, there are also the astronomical failures!
Thank goodness my very patient, and forgiving partner/ cake taste tester (with an iron gut) is there to quality control anything before I set it lose onto innocent victims, I mean customers.
Like the time I tried a new type of mint and ended up with something that tasted like toothpaste.

Armed with my trusty spatula and my Kenwood mixer, I tackle my new and very experimental recipe head on!
All my ingredients lined up on my bench like the brave soldiers they are, about to head into battle.
As I pace in front of them with a quick pep talk of victory, flavour freedom and the possibilities of greatness, I gulp down my own nervous anticipation of what lies ahead.

The battle that ensues between my tastebuds and baking logic 101 seems endless.
Three hours later, 2 kilos of flour and what feels like a ton of butter, emerges one perfect little cupcake.
And then I look back into the kitchen to survey the scene….
There are remnants of flour, chocolate and discarded egg shells everywhere! As though Pro Hart himself decided that my kitchen was his personal living canvas.

As I lay there making flour angels on the kitchen floor, I smile.
This one little cupcake, is just the start…..

Questions to ask your cake maker

Cake on a budget